What’s the carbon footprint of … a newspaper?

Depending on what you read and whether you recycle, newspapers can be a green way to spend your time or a big contributor to your footprin-

“Is print really dying? Not according to Ikea, which has good reason to still believe in dead trees. After all, the company prints around 200 million copies of its catalog every year in 27 languages for 38 countries. That’s more than twice the number of bibles produced in a given year.

But is a print catalog too low-fi for the high-tech age? Again, not according to Ikea, which just rolled out this amusing promo for the 2015 catalog, slyly suggesting that print is actually a wondrous technology that equals—nah, exceeds—the power of digital media.” (Tim Nudd in AdWeek) 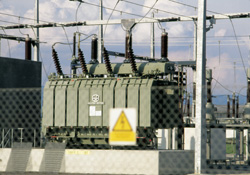 Where does e-waste end up?
Anderer Ort, gleiche Problematik: Indien.

Power, Pollution, and the Internet

In case of questions do not hesitate to ask!