The Easter bunnies are back: Not just as high caloric chocolate figures wrapped in aluminum foil burt also as stickers: Women’s magazines and leisure publications decorate their covers with pages full of self-adhesive bunnies and Easter eggs. So far the bunnies have their sticky dark sides: They create severe problems in the paper recycling process. This is about to change – with a new adhesive. Weronika Kot and Marta Zając of UPM Raflatac introduced the breakthrough at the INGEDE Symposium in February. 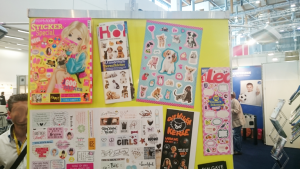 “The glue deposits from sticker material, originating from labels with pressures sensitive adhesives, create holes in the produced paper as well as breaks of the paper web, which is the paper running through the paper machine. For UPM, and other paper producers who utilise recycled, deinked fibres, this means loss of production and of course wasting valuable, sustainable, recycled fibre,” describes Johann Oberndorfer, R&D Area Manager for Central Europe (CERC) at UPM in Augsburg.

What makes an adhesive better recyclable? It is the right size distribution of the particles after pulping, after dissolving the paper product “contaminated” with adhesives in the drum or pulper with lots of water – the first step in the recycling process. If the particles are large enough, they can be screened off.

The new recyclable label solution by UPM Raflatac, Raflacoat Plus-FSC with the SPSC screenable adhesive, is designed to be removable in the paper recycling process, said Marta Zając at the INGEDE Symposium. She is Sheets Marketing Manager & Customer Service Team Leader at UPM Raflatac in Wroclaw, Poland. “The product has been tested at the printer and has been proven to work effective at every stage of the printing and converting process without compromising its adhesion properties.”

“A screenable adhesive has improved internal strength that makes the adhesive layer more resistant in the fiber recovery process”, described Weronika Kot, Development Chemist, Paper Laminates EMEIA, UPM Raflatac. The adhesive layer doesn’t break too easily, thus adhesive particles are large enough to be screened off the fibres. Improved internal strength means more cohesion – and adhesives with a high cohesion have already proven to be better removable for spine glues in the binding of books and magazines. 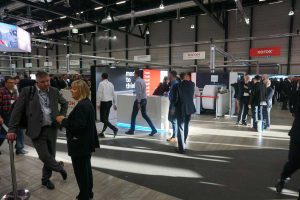 The Hunkeler Innovation Days are special: There is hardly any private company that sets up such a trade fair just with their own resources. There is no professional organisation involved, other than the professionals from Hunkeler. Sure, this is a platform to present Hunkeler’s own finishing equipment. But it also has become a must for everyone interested in the latest development in digital printing: Many printer manufacturers have used Lucerne to launch new products. The same procedure this year, although one might argue that there aren’t that many because of drupa 2020 coming up.

So, what’s new? Although announced earlier, Ricoh has officially launched the VC70000 production inkjet printer. The “new extended gamut inks which require no precoating and our new advanced drying system the RICOH Pro VC70000 maximizes production capacity giving users the ability to print faster on a wider variety of media, including both offset coated and uncoated papers“, says Ricoh. The prints are said to be good deinkable, an official confirmation by INGEDE is still outstanding. But the VC60000 samples from the 2017 Hunkeler Days were already good deinkable, and Ricoh’s representatives are confident, that so are the samples taken home this year.

Similar has to be said about Canon’s updated ProStream 1000, which can now support media up to 300 gsm along with some enhanced print quality improvements. At the INGEDE Symposium 2018 already, David Croll of Canon Océ had talked about the good deinkability of the new inks used together with a “color grip” system at the new inkjet printer. Also the recently introduced Chromera inks for the ColorStream have some ways of chemical and physical immobilisation of the pigments in order to improve the deinkability.

So this is the high end of inkjet printing, but still e. g. HP depends on their thermal printheads that do not allow to jet temperature-sensitive ink components such as polymers. This gives the inkjet printers from Ricoh and Canon Océ a clear sustainable advantage over systems like the poorly deinkable T300s and T400s as well as the Versamarks that are still around printing newspapers with dye-based inks.

TAGA in Minneapolis: A leading conference about printing with a lively discussion bout recycling. 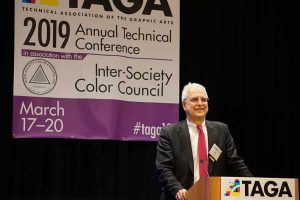 TAGA, the Technical Association of the Graphic Arts, is an association of experts from industry and science, who work in research and technological development in the field of graphical communication. Since 2013, TAGA is part of Printing Industries of America (PIA), the lagest community in the field of “Graphic Arts”. At this year’s TAGA Conference in Minneapolis Axel Fischer for INGEDE explained the process of paper recycling in Europa and the resulting challenges by different digital printing processes and UV offset prints.

More about the presentation on the website of taga.org 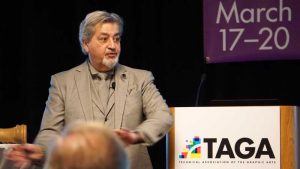 Daniel Dejan of SAPPI highlighted the ink-on-paper in comparison to digital communication. He showed how the sense of touch influences readers’ perception and retention of media, especially of brand and marketing communications.

“Our true competition is alternative media” (similar presentation on YouTube 2013)

Even if the deinkable LED-UV ink is some progress: For the Austrian association Druck & Medientechnik UV inks are far from being environmentally friendly. The risk of skin irritations requires “increased demands in terms of cleanliness and hygiene within the company”. Also the issue of water pollution is not solved satisfactory. 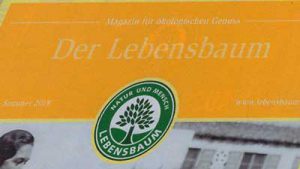 Thomas Braun (57), General Manager of Bundesverband Sekundärrohstoffe und Entsorgung e.V. in Bonn (bvse) and frequent guest at the INGEDE Symposium has been elected Vice President of the European association EuRIC by the natrional recycling associations.